I came across Soft Skills: The Software Developer’s Life Manual by John Sonmez while searching Amazon for fresh, fully-baked ideas in Software Engineering. The book wasn’t exactly what I was looking for, but I had enjoyed a few of John’s oft-downvoted posts on HackerNews (see The Hacker News Generation (Afraid of Hard Work), My Secret Non-Software Developer Life I’ve Never Told You About) so I decided to bite.

I found that the book has little to do specifically with software, but also that I wasn’t disappointed with it. It is really kind of a self-help book for tech workers. While some of the methodologies included in the book are kind of cheesey for my taste, the content is largely practical and honest. I found it to be a worthwhile read.

The book reads quickly, like a magazine, offering concrete techniques for career management, spinning up on new tech quickly, productivity routines, and fitness. I found the most interesting content, however, to come near the end of the book – in the sections on finance and spirituality, as well as the parting words.

I don’t know John personally, but after reading his book from cover to cover I have some estimation of how he operates. He is a hustler. By that I mean he recognizes and seizes opportunities to make money, often in creative ways, and exercises extreme tenacity to do it. He has used software development (and training) to fund a passive income stream fueled by a lifetime of real estate investments so that he was able to “retire” (defined as collecting $5000 of passive income per month) at 33.

I’ve been working in tech for a while now, and I’d recommend reading through all of the content in this book to just about any of my colleagues. A lot of it is a solid refresher (or an alternative take on) of some methods or ideas you probably already selectively apply.

You can find summaries of this content in many reviews elsewhere online. In this blog post I’m going to focus on some insights and points that really got me thinking.

Surprise: The benefits of tithing?

I didn’t expect to encounter this topic in a book on I thought was going to be mostly about software development. I have always been a little leery of the concept of tithing. I still am. But, unexpectedly, this book challenged that idea. 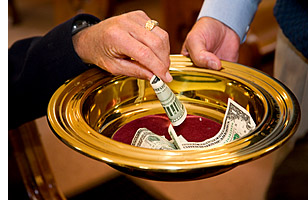 In the very last paragraphs of the book (outside of the appendices), John talks a bit about tithing:

I want to mention what both my wife and I believe was a very important factor in our success. I don’t know if you’re religious. I’m not going to try and convince you of my religious beliefs in this book, because that’s not what it’s about, but I’d not be completely honest if I didn’t mention that my wife and I are both Christian, and as part of our beliefs we contribute about 10% of our earning to charity.

I think the harder you hold on to money, the more difficult it is for you to make the smart financial investments you need to make to be successful. Tithing or giving away a fixed portion of your income to charity—voluntarily—changes the way you think about your money. The mental transition goes from owner to steward.

This is a really interesting idea: for John, giving 10% of his income to charity fulfilled him spiritually, but it also changed his family’s attitude toward money. I think this is something fundamentally different than putting money into an immediate purchase (such as goods/services, or even a stock), or blindly following your retirement planner’s advice and putting 20% of your income into a 401k/IRA mutual fund. Voluntarily, and selectively, giving up a large portion of your income indefinitely into a deliberately chosen investment is a challenging exercise. As a religious couple, tithing supplied a common ground, no-brainer avenue for John and his wife.

Outside of any religious viewpoints, I’ve always had charity on my TODO list. I give occasionally, but not methodically, and I’ve generally favored volunteering over giving money. I guess I felt that it is most beneficial to interact directly with those who you are helping – in addition to the satisfaction that you are helping someone, you get the benefit of learning through interacting with someone that is different than you.

John’s system offers another perspective – it seems tithing (or regular, financial commitments to charity) can be both fulfilling and make one more savvy financially by exercising one’s personal investment processes, whether they be simple, like picking an investment and allocating funds from your personal budget, or complex operations that involve collaboration with a spouse and integration into a family budget.

The Genesis of Determination

Some of the lines in the “Reprogramming Your Brain” section of the book resonated with me:

Something happened around my sophomore year in high school. I can’t tell you exactly what it was, because I don’t know. It may have been blind luck or frustration that caused me to have the thought that I could decide who I wanted to become and then simply become it.

The transformation wasn’t immediate, but it was rapid. I threw out my old clothes and bought a new wardrobe fitting for the person I wanted to be. I started lifting weights. I joined wrestling and track. (I had never really played sports much before, because I thought myself to be unathletic.) I decided that I’d no longer be shy, so I pretended to not be shy. I forced myself into awkward situations.

I appreciated the earnestness, and honesty, in this excerpt. My high school years weren’t quite like John’s, but I did have a similar experience around the same age.

I’m not sure what triggered it, but there was a point at which I internalized the idea that, through methodical applications of elbow grease, I could do pretty much anything I wanted to do in the world. It is a powerful idea that has stuck with me to this day. It was interesting to read about someone else that has gone from that moment of private self-determination as a teenager to working to achieve as an adult. It makes me wonder how many of my friends and colleagues moved forward from a similar starting point, and for those that didn’t, how different their perspective is than mine. Maybe this is part of what leads to the label “Type A” or “Type B.”

Investing: Most of us won’t retire early

"We've all been raised on television to believe that one day we'd all be millionaires, and movie gods, and rock stars. But we won't. "

The author of the book retired at 33, and part of why he was able to do it was because he didn’t dump 20% of his income into a 401K, Roth IRA, or other investments designed to mature when you are around age ~65. John went directly to a high-paying tech job out of high school, and very early in his career he internalized the idea that:

Part of John’s passive income (what has allowed him to retire so early) comes from royalties from online courses he published to Pluralsight. But that wasn’t enough:

Getting the lucky break wasn’t enough. I needed to have something to do with the money I was earning from my Pluralsight courses to actually retire. I could have earned 1 million dollars, or even 2 million dollars, but without knowing how to invest that money or having something like real estate to invest in, I wouldn’t be able to retire. I’d still have to work because you can’t live the next 50 or 60 years of your life off of 1 or 2 million dollars.

What this means is that, unless you already have an investment strategy, there really isn’t a whiz-bang idea or side project that is going to allow you to retire early. A lot of what I do on the side is inherently satisfying to me, but I found John’s position to be a nice reality check, or calibration, for what I decide to spend my free time on.

We’ve all heard it a million times, but it’s important to reiterate that there are no shortcuts to success. For me, this is a reminder not to waste time (or resources) chasing shortcuts – success is in the M.O., not the end product.

I decided to focus on some of the novel, interesting, and honest points in the book, but there is a lot of good, practical material in it as well. If you’re looking for some non-development tools, a refresher, or perspective from someone who used tech to fuel real estate investment I’d recommend taking a look.

As usual, if you’re interested in discussing or reflecting drop me a line. Thanks for reading!