After reading Nicholas Carr’s The Shallows on the way back from a long, exhausting business trip I became interested in the notion of quantifying the benefits of unplugging. It seems like an appropriate idea given exponentially-increasing capability of the human-internet machine to collect data on users, and the very tangible (although boring) benefits of the conventional wisdom of spending the majority of your time doing things in your immediate, physical surroundings (you don’t have to take my word on this – this is a really old idea that is being re-discovered).

I work in software engineering so applying this idea to software development is appealing to me. To paraphrase Gerald Weinberg,

It's always a people problem.

Anyway, while I was sitting in my basement coding a toy app with a modified cheapo off-the-shelf EEG strapped to my head, Andrew Begel et. al. were publishing a paper (Using Psycho-Physiological Measures to Assess Task Difficulty in Software Development) that represents an actual methodical study of the subject.

This post is a dump of my rough notes on the paper.

Begel, et al. invited a cadre of professional software engineers to a lab for the study, using the usual licenses of MS software as an incentive. While they had some minor success in predicting the difficulty of tasks, there is much to be gleaned from their approach. As developers and teams learn to harvest their own big data for self-improvement the quality of this sort of prediction should increase.

… So you need both to make an effective bug prediction system. 85% and 70% for a previously-measured developer

To study the link between code reviews and defect detection, researched have also examined the time developers spend scanning code by summarizing [eye-tracking] fixation durations over specific areas of interest and counting the number of fixations. Thereby, they found that a longer scan time correlates significantly with a better defect detection.

Khan et al. have looked into another psycho-physiological aspect and its link to performance by investigating how the mood of developers affects debugging and programming.

We found that combining subsets of sensors with particular time windows could improve classifier performance when predicting task difficulty [...]

[...] use a Matlab-based 60Hz notch filter to remove signal noise caused by overhead lights. To identify various mental states [11], we use Matlab's pwlech function [...] Since every person has a unique power spectrum distrubition, we compute the ration of each band with one another to compare the values between individuals. In addition, inspired by Kramer and Lee, we compute Beta/(Alpha+Theta), and Theta/(Alpha+Beta) as additional measures of task difficult. 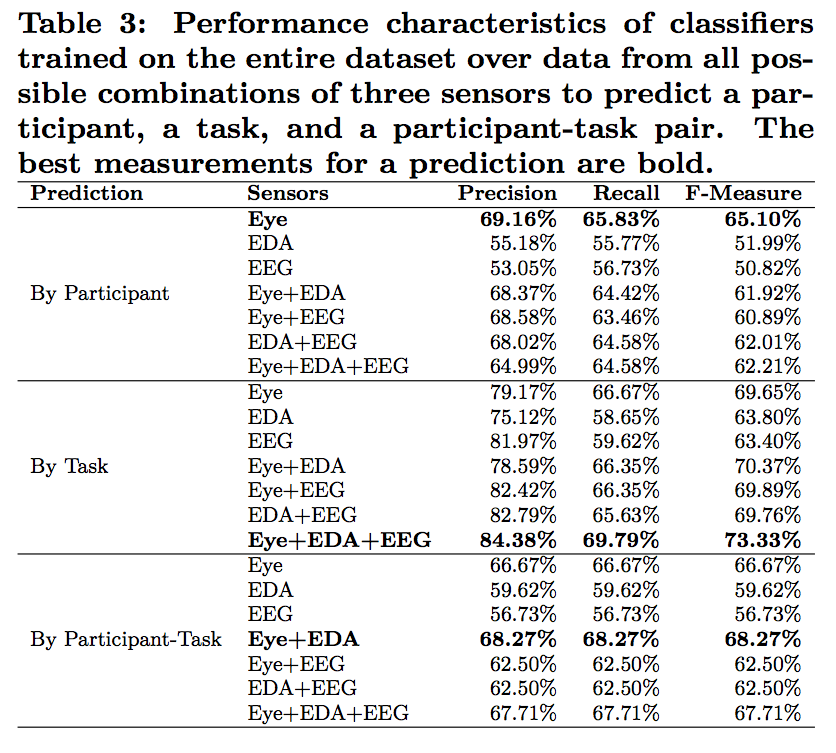 The results aren’t a home run, but the approach is quite promising. As people learn to harvest their own big data the quality of prediction should increase. 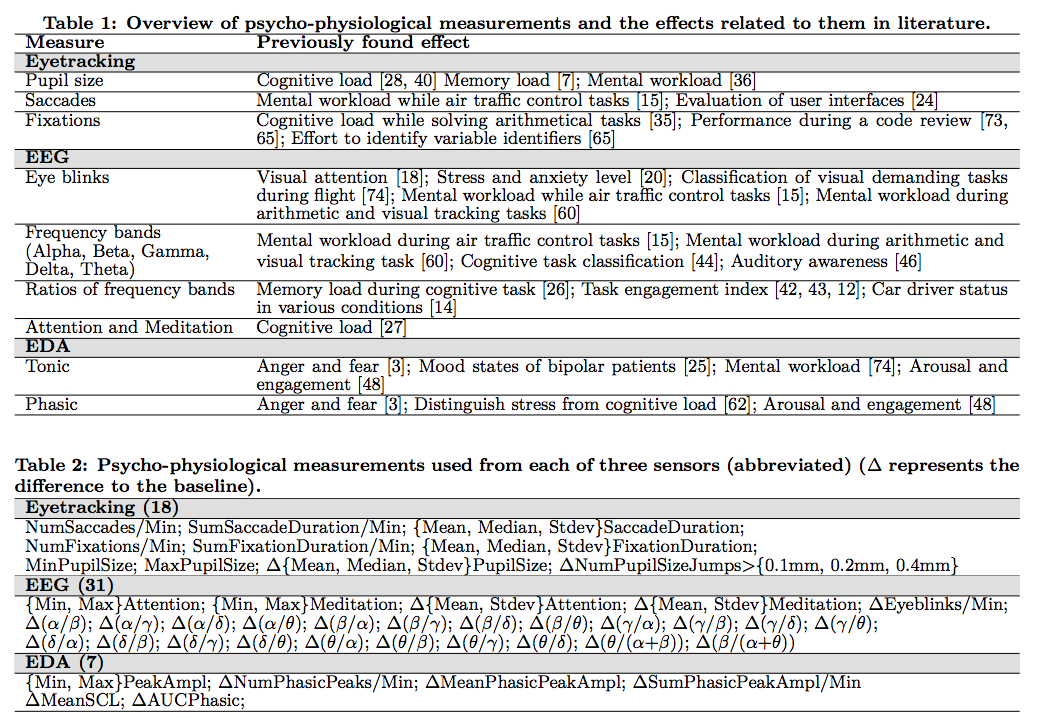 Just look at all that data.